back to search results


(PLEASE DO NOT REMOVE THIS CAPTION)
This image is intended for portfolio use only.. Any commercial or promotional use requires additional clearance.
© Copyright 2014 All rights protected.Absolutely NO internet use without the approval of the owner
Contact details
Stuart Westwood
07896488673
stuartwestwood44@hotmail.com
Stuart Westwood reserves the right to pursue unauthorised use of this image . If you violate my intellectual property you may be liable for damages, loss of income, and profits you derive from the use of this image. The truly awesome Florence Welch - Florence and The Machine play a sold out 13,000 capacity SSE Hydro Glasgow.
Florence and the Machine (styled as Florence + the Machine)[4] are an English indie rock band that formed in London in 2007, consisting of lead singer Florence Welch, Isabella Summers, and a collaboration of other artists. The band's music received praise across the media, especially from the BBC, which played a large part in their rise to prominence by promoting Florence and the Machine as part of BBC Introducing. At the 2009 Brit Awards they received the Brit Awards "Critics' Choice" award. The band's music is renowned for its dramatic and eccentric production and also Welch's vocal performances. 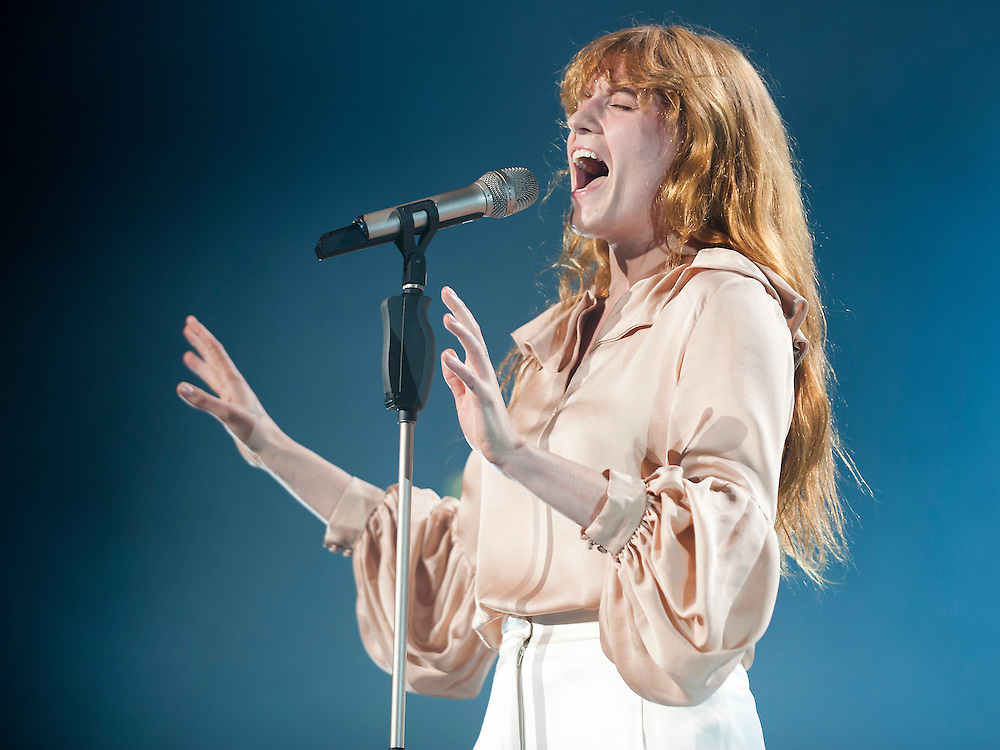