(PLEASE DO NOT REMOVE THIS CAPTION)
This image is intended for portfolio use only.. Any commercial or promotional use requires additional clearance.
© Copyright 2014 All rights protected.Absolutely NO internet use without the approval of the owner
Contact details
Stuart Westwood
07896488673
stuartwestwood44@hotmail.com
Stuart Westwood reserves the right to pursue unauthorised use of this image . If you violate my intellectual property you may be liable for damages, loss of income, and profits you derive from the use of this image. The Foo Fighters play their rescheduled gig Murrayfield in Scotland's capital Edinburgh with lead singer Dave Grohl entertaining his fans on his chariot of guitars.
Foo Fighters is an American rock band, formed in Seattle in 1994. It was founded by Nirvana drummer Dave Grohl as a one-man project following the death of Kurt Cobain and the resulting dissolution of his previous band. The group got its name from the UFOs and various aerial phenomena that were reported by Allied aircraft pilots in World War II, which were known collectively as foo fighters. 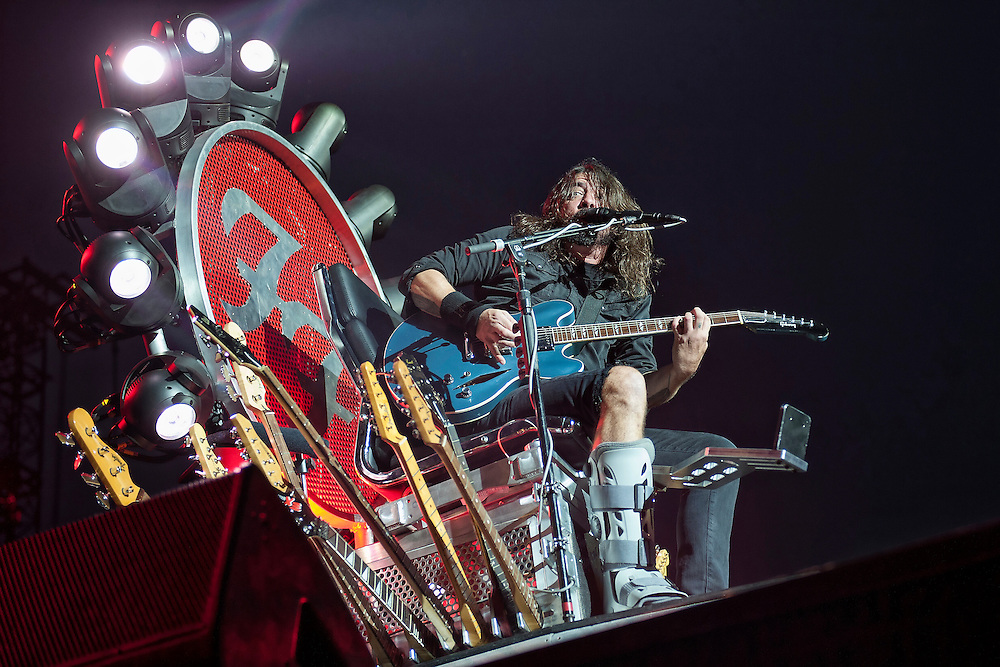